Tom Otterness - Life Underground
Keep the art in your pocket

Not yet a memeber?

The scores of figures created by Tom Otterness to Life Underground invigorate and transform the transit environment into a place of joy and whimsy.

His small-scale sculptures invoke the subway and lore of the city and include an alligator rising out of a sewer to devour a man, workers carrying oversize versions of the tools used to build the subways, and people sneaking under fences to watch the construction or sweep up piles of pennies. There are also colossal feet and a totem-like sculpture whose human features are formed into the shape of a telephone.

Otterness placed his creations in unexpected places-beneath stairs and pillars, hanging from the ceiling, and on benches and railings-to surprise and delight riders as they come upon these humorous and captivating inhabitants. Tom Otterness, Who Once Shot A Dog For Art, Mocked With New Guerilla Subway Sculpture

Last month, Community Board 1 approved a $750,000 installation by Tom Otterness for a public library in lower ... For example, at the 14th St. station, the little figures of "Life Underground" (2004) really make up a diorama of class struggle. 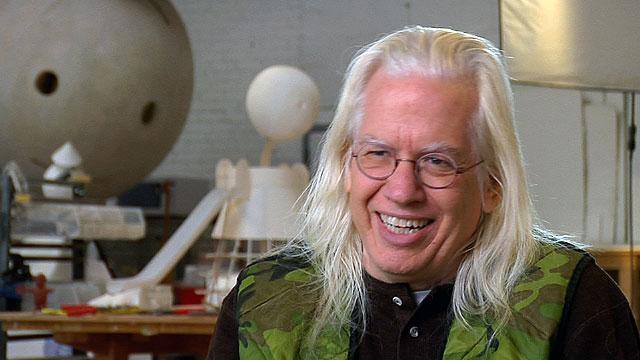 The Dog-Killing Woes of Tom Otterness

In 1977, not so long after moving to New York from Wichita, Tom Otterness shot his dog ... it was really inexcusable to take a life in service of that.” A foot-tall bronze statue of a dog, done in Mr. Otterness’ comic, through-a-glass-darkly style ...

This was when the Indiana teenager Ryan White was dying, basketball star Magic Johnson announced he’d contracted H.I.V., Tom Hanks won the Oscar for playing ... and their desire to have an openly queer life. The Times spent much of the 1980s figuring ... The Best Subway Stations In NYC

181st Street—A If you don't mind going a little deeper underground than usual (though not as deep ... A/C/E/, LM Is this station's placement on the list entirely due to its Tom Otterness sculptures? For the most part, yeah, but what can I say, whatever ...

From 2 critiques
Add Your Critique